The Rogerreds project or program is strongly characterized by the Italian character of the product.

For the hardness, unlike other manufacturers who use numbers to classify them, we have chosen names that represent the vocation of each reed characterized also by a specific coloring.

This choice, which seems almost folklore, instead has a very specific value. During the tests carried out in the studio, we realized by collecting the various impressions of pleyer who collaborated with us, that the hardness is very relative and strongly influenced by the player himself and the type of mouthpiece he uses; this does not allow us to have a certain and irrefutable classification of the correspondences, therefore rather than giving absolute values of hardness which then marks the product in a definitive way, we have preferred to classify it differently, even if to help the players in the choice we have placed it anyway in correspondence of similar products already sold on the market.

STUDIO characterized by a black color that corresponds to

RAPIDA characterized by a white color that corresponds to

VOLUME characterized by a gray color and which corresponds to

GRINTA characterized by an electric blue color and which corresponds to

MAESTRO characterized by a transparent crystalline coloring and which corresponds

These hardnesses are available for all 4 saxophones, baritone, tenor, contralto, soprano. And for clarinets, Sib. 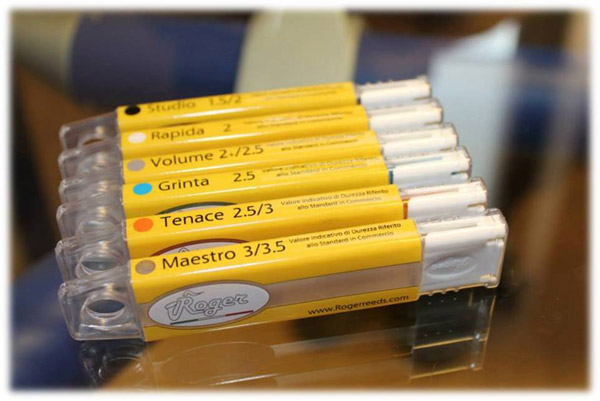 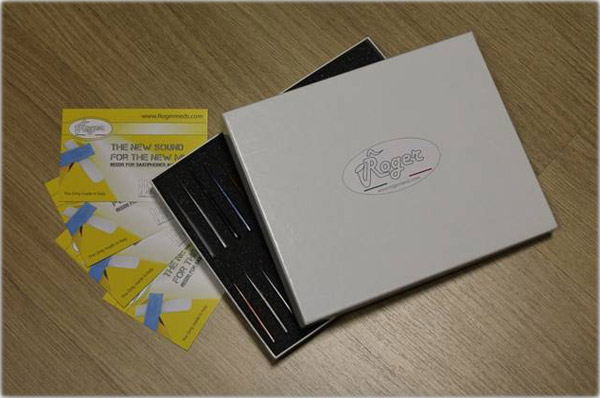 We at Rogerreeds, having our players at heart, we are aware of the difficulty that can be encountered when buying a new reel or looking for a different, more performing one, therefore we made an effort, supplying our distributors (accredited stores) with a Test kit that contains all of our products in different hardnesses so you can try them before buying them.

For those who want to buy them online instead, we offer a very favorable return program.